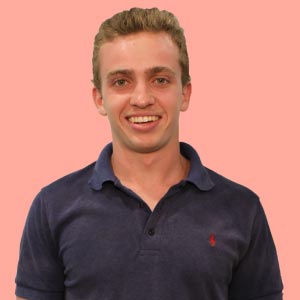 Bachelor of Commerce and Advanced Studies

Rohan is  a fun-loving tutor that graduated from St Ignatius' College, Riverview in  2017 with an ATAR of 97.20. Rohan is a bright tutor who balanced his academic achievements with rowing,  rugby and lifeguard duties. Rohan is an all-rounder who scored high band 6  results in English, Maths, Economics and Business Studies.

Rohan is a  light-hearted person who keeps his lessons friendly, fun and productive for  students. Rohan takes a simple approach to private tutoring, he personalises each lesson to a students knowledge gaps and encourages questions and open  dialogue. Rohan currently studies a Bachelor of Commerce and Advanced Studies at the Sydney University.

Get In Touch For A Lesson With An Evolutionary Tutor

Thank you! Your submission has been received!
Oops! Something went wrong while submitting the form.